R.I.P Robert Follis
cornerer and coached my fighter John Alessio in Las Vegas for many of his fights in and out side Bellator Mma
reppin #NeverTap he will be missed huge by the Mma Community www.NeverTap.ca 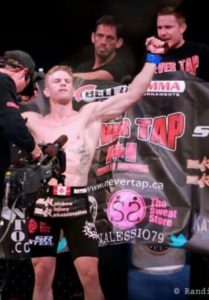 LONG TIME XTREME COUTURE HEAD COACH DIE’S
One of the most accomplished coaches in mixed martial arts has died.

Robert Follis, who most recently was the head coach at Xtreme Couture in Las Vegas, died Friday, his girlfriend Myra Fukuno confirmed Sunday on Facebook.

“Robert Follis, a man who has touched and changed so many lives, passed away on Dec. 15, 2017,” she wrote. “He was kind. He was loving. He was compassionate. Robert was an incredible teacher, who opened our minds and created a space where we knew learning was possible. He had a way of pulling the best out of us. He will be remembered as a beloved friend, brother, son, mentor, and coach by many.”

The cause of death was not confirmed as of Sunday evening. 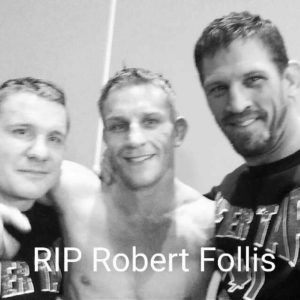 Fukuno wrote that Follis’ family has asked for privacy during this difficult time. However, an e-mail address has been set up for those who knew Follis to share stories and photos: robertfollismemorial@gmail.com.