We would like to announce our new brand ambassador Jeremy Kennedy we will be his Mma clothing sponsor for #Brave14 here’s a little write up on Jeremy’s past accomplishments.

Before joining the UFC, Kennedy amassed an amateur record of 7-2 and a professional record of 8-0.

Kennedy made his promotional debut on August 27, 2016 at UFC on Fox 21 against Alessandro Ricci.He won the fight by unanimous decision

Kennedy was briefly tabbed as a short notice replacement to face Mirsad Bektic on October 8, 2016 at UFC 204. Subsequently, after his participation was publicly confirmed, Kennedy indicated he was injured and unable to take the fight. He was replaced by Russell Doane.

Kennedy next faced Rony Jason on March 11, 2017 at UFC Fight Night 106. He won the bout by unanimous decision.

Kennedy was scheduled to face Alexander Volkanovski at UFC Fight Night: Hunt vs. Tybura on 19 November 2017. However, Kennedy pulled out of the fight on October 5 citing a back injury.

The bout with Volkanovski was rescheduled and took place on February 11, 2018 at UFC 221. He lost the fight via technical knock out in round two.

Kennedy’s contract with the UFC ended after the Volkanovski bout and Kennedy has a UFC exemption clause in his contract with Brave CF  even though he’s fighting for Brave if UFC lines him up a fight he will rejoin with UFC but until then Jeremy is signed with a new promotion – Brave CF. Kennedy is expected to headline Brave 14 against Danyel Pilo on August 18, 2018 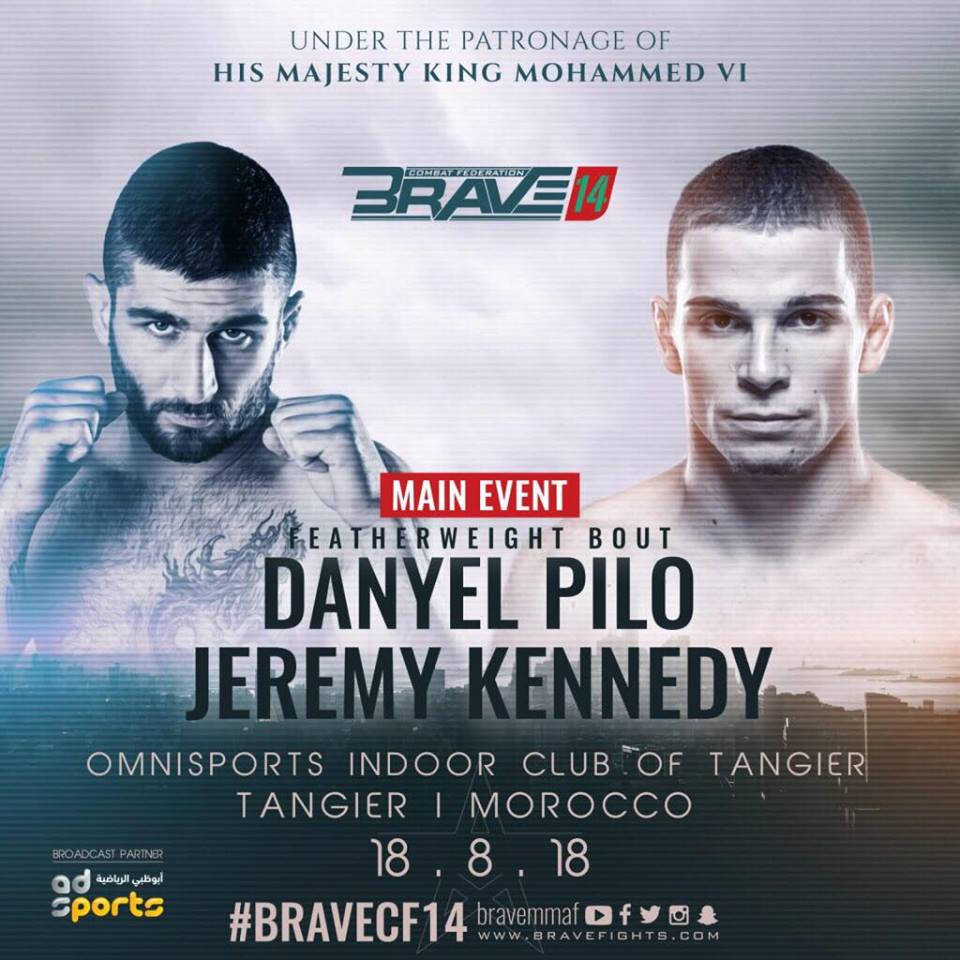